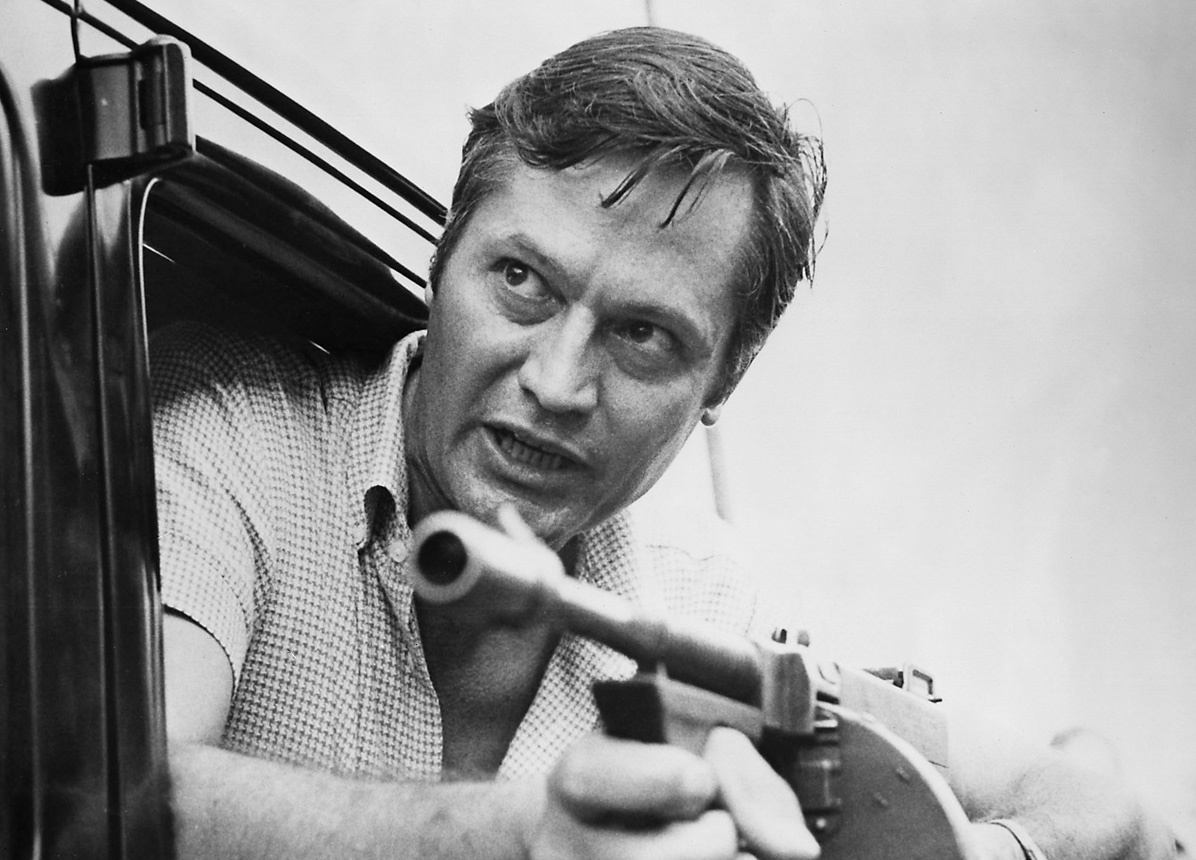 (The following was written as liner notes for the Important Cinema Club Bargain-Bin Classics Blu-Ray release, “Roger Corman: The Auteur,” which makes a great stocking-stuffer)

Cinema is a battleground between art and commerce on which commerce usually wins. It is an inherently collaborative medium in which most of the masterpieces are the product of a single authorial voice. It combines all the arts into one super-form, but it has always been populist, and just a little bit déclassé. Its images are frozen in amber, but the same images can change radically depending on our age and the context in which we view them. It is a medium through which to escape the world around us, but also to make sense of it, and to experiment with ideas that our parents and teachers would prefer we didn’t. It is an art form defined by compromise, and a career path where few succeed, and yet it is still irresistible because, as Orson Welles said, it is the biggest electric train set a boy could ever have.

There is one producer/director whose career encapsulates all of these contradictions, paradoxes, agonies, and ecstasies. Cinema is Roger Corman.

END_OF_DOCUMENT_TOKEN_TO_BE_REPLACED 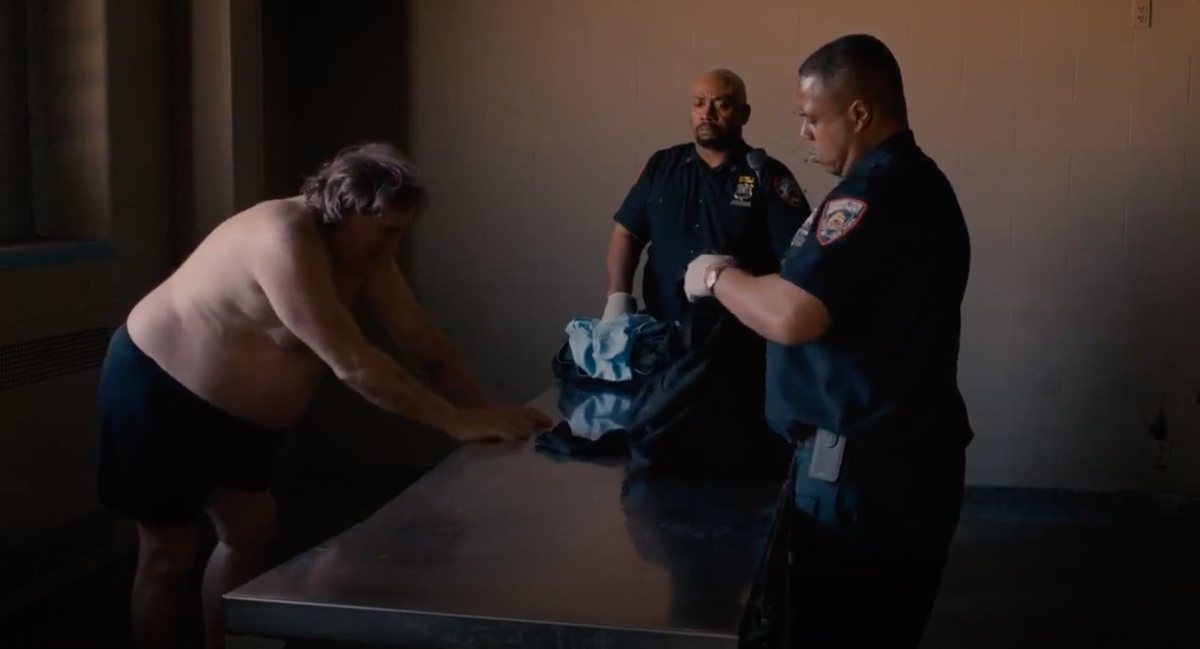 Assembling a list of favourite movies of the decade is obviously an arbitrary exercise, so I used a few questions as a guide. Which movies from the 2010s do I think about the most? Which movies have most influenced the way I think about movies? Which movies seem to best capture “the spirit of the times”? It’s interesting to see which movies emerge and which recede.

END_OF_DOCUMENT_TOKEN_TO_BE_REPLACED 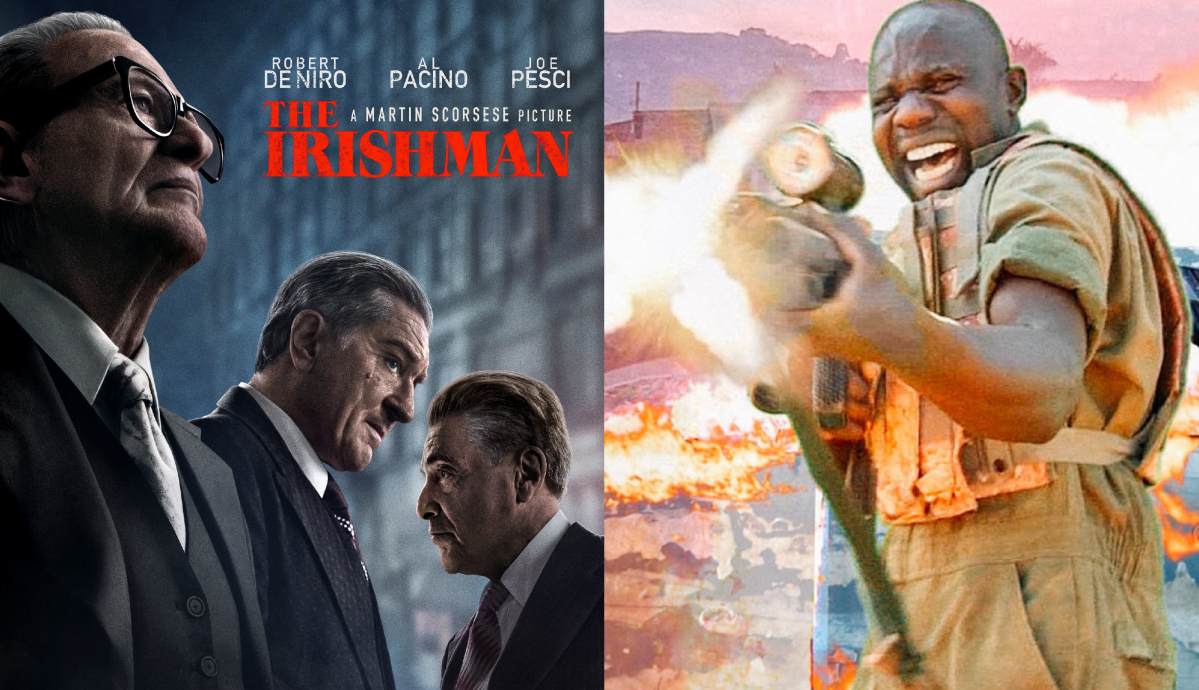 How totally has the Disney Company come to dominate the cultural landscape? There have been no new movies from the Marvel Cinematic Universe since early July, but it still managed to almost swallow the most expensive adult drama of the year. In the weeks leading up to the release of Martin Scorsese’s The Irishman, conversation about the film has focused almost exclusively on the director’s claim that superhero movies are “not cinema” – a discourse cycle that climaxed with Scorsese’s extraordinary op-ed in the New York Times.

In his essay, Scorsese laments “the gradual but steady elimination of risk” in studio films that are “made to satisfy a specific set of demands, and they are designed as variations on a finite number of themes” – unlike artist-driven films where “my sense of what is possible in telling stories with moving images and sounds is going to be expanded.” He laments the stranglehold that franchise movies have had on theatres: “If people are given only one kind of thing and endlessly sold only one kind of thing, of course they’re going to want more of that one kind of thing.” He accuses the financial dominance of “worldwide audiovisual entertainment” of being used to deliberately marginalize “cinema.” And he laments the power of “some in the business with absolute indifference to the very question of art and an attitude towards the history of cinema that is both dismissive and proprietary – a lethal combination.”

END_OF_DOCUMENT_TOKEN_TO_BE_REPLACED 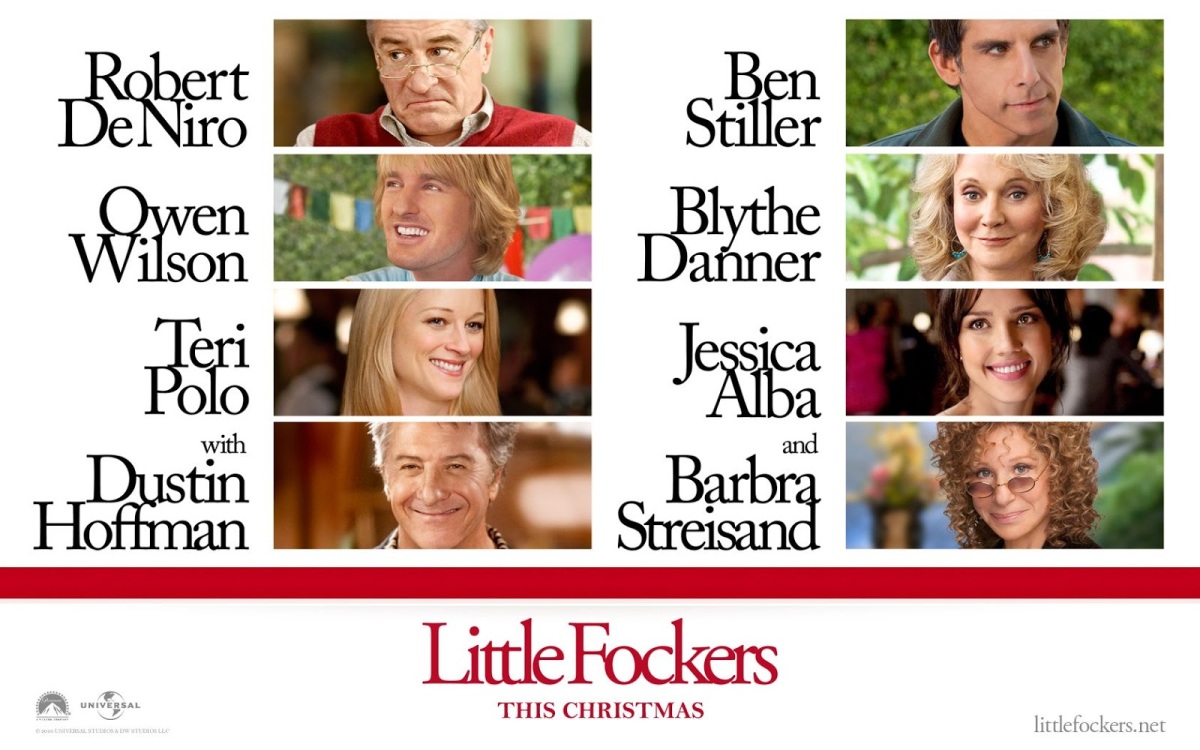 As a wise man once said, “We are born into a box of space and time. Movies are the windows in our walls.” Following the smash-hit success of my roundup earlier today of some of the 2010s’ memorable movies, I return to share my recollections of even more of the cinema that defined the decade. Come take a stroll down memory lane…

LITTLE FOCKERS (Weitz, 2010): Working at a university newspaper has its privileges. One day we got free tickets in the mail to a preview screening of this movie, and my pal and I actually went. We had a lot of free time back in those days. The movie was very bad, but we had fun. For me, this movie brings back fond memories of being young and carefree.

SCORE: A HOCKEY MUSICAL (McGowan, 2010): A fellow will remember a lot of things you wouldn’t think he’d remember. You take me. One day back in 2010 I was attending press screenings before the Toronto International Film Festival, and I saw this movie. I only saw it once. But I’ll bet a month hasn’t gone by since that I haven’t thought of this movie.

TOY STORY 3 (Unkrich, 2010): Even after his girlfriend is thrown away… even when it’s clear that all the toys will soon be dumpster fodder… Woody quashes all rumblings of a toy uprising, insisting that the toys remain loyal to the now-grown Andy. Horrifying and sad.

MARS NEEDS MOMS (Wells, 2011): One of many children’s films I saw as a second-string film critic for Toronto alt-weeklies in the late-2000s/early-2010s. I believe I gave this a positive review, which shows how prolonged exposure to bad movies can warp your brain.

END_OF_DOCUMENT_TOKEN_TO_BE_REPLACED 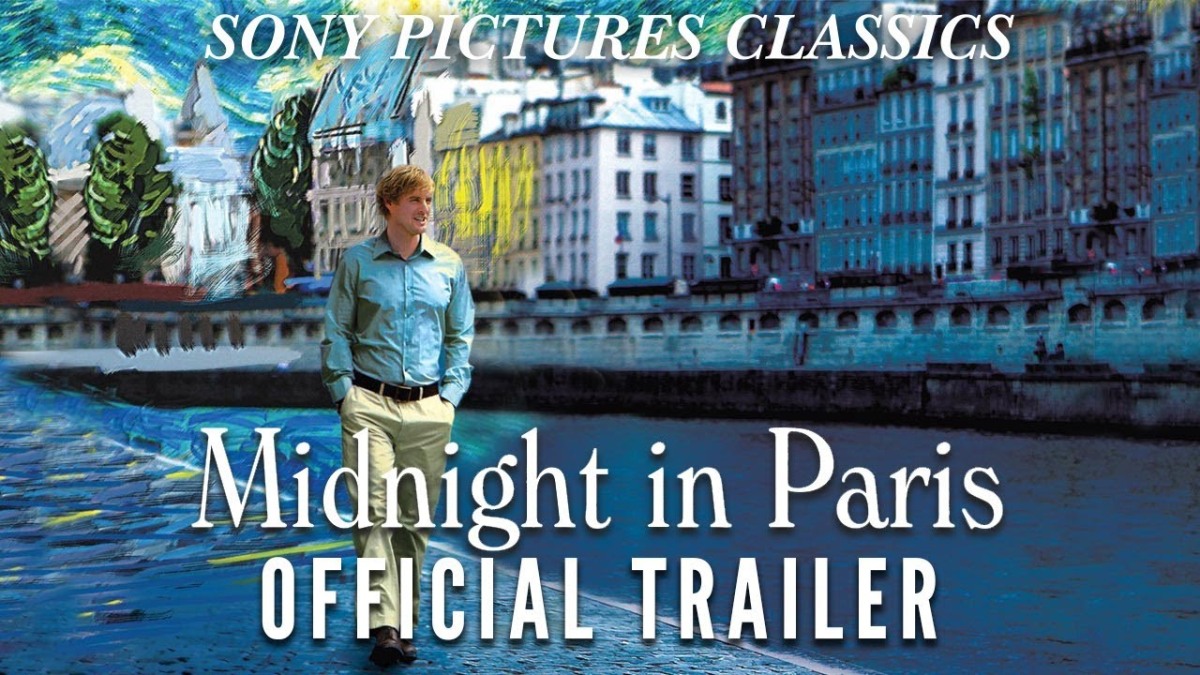 As the decade draws to a close, we reflect on the moments that inspired us, that changed us, that made us who we are today. In this blog post, I reflect on some of the cinematic experiences that defined the 2010s.

EXIT THROUGH THE GIFT SHOP (Banksy, 2010): Good movie, but my main quibble is that Mr. Brainwash is actually no worse an artist than Banksy. I went to see the big Banksy exhibition in Toronto last year, and one of the artworks was a picture of Christ on the crucifix holding a shopping bag in each hand. The Mr. Brainwash exhibition depicted in this movie looked a lot more fun.

BLUE VALENTINE (Cianfrance, 2010): Holy moly, what a chore this one was. It’s a miserable and heartbreaking experience to be in the midst of a dissolving relationship, huh? Thanks for letting me know!

FILM SOCIALISME (Godard, 2010): This movie juxtaposes news footage of fighter jets with pixelated cell-phone footage of people mindlessly dancing on a cruise ship. “Wow, good one, Jean-Luc,” I said at the time, but you know what? I definitely think about images from this movie more than I think about… (*picks another 2010 movie out of a hat*)… The Fighter.

END_OF_DOCUMENT_TOKEN_TO_BE_REPLACED 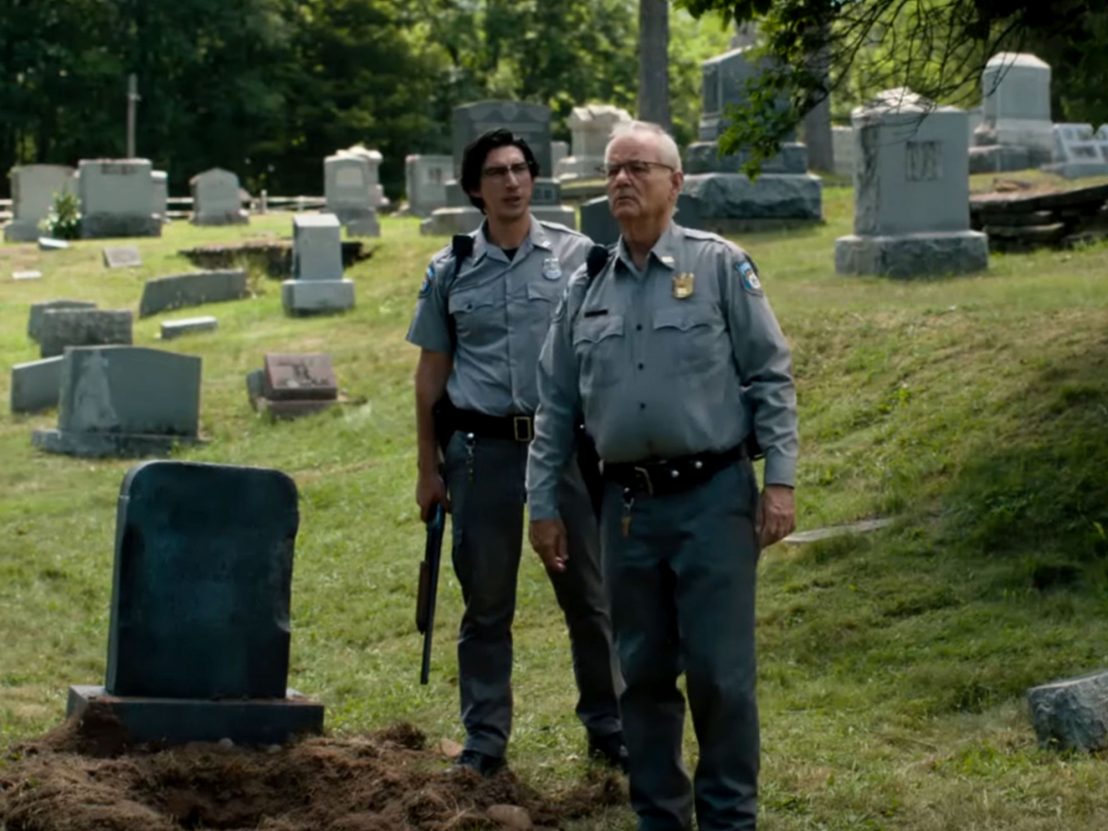 In 2008, Tony Stark made his film debut, and in 2019, he died. Both events feel symbolic. His debut heralded a new era in American cinema: the nascent Marvel Cinematic Universe was quickly acquired by the Walt Disney Company, which, under the leadership of CEO Bob Iger, developed a strategy to invest in “event-level” films based on recognizable intellectual property. In the ensuing decade, Disney also bought Lucasfilm and 20th Century Fox, and began plundering its own vault for a series of remakes. Now, as Tony shuffles off this mortal coil (at least until he is reincarnated as a younger, cheaper actor) his work is complete: Disney owns most of 2019’s few certifiable blockbusters, and its beleaguered rivals are all trying and failing to replicate the business model. END_OF_DOCUMENT_TOKEN_TO_BE_REPLACED In Tim and Eric’s Billion Dollar Movie (2012), Tim (Tim Heidecker) and Eric (Eric Wareheim) accept a job as managers of a shopping mall because a TV commercial promised they would “make a billion dollars” if they did so. The commercial was not accurate. The S’Wallow Valley Mall is a garbage-strewn wasteland where the few remaining businesses coexist with squatters and wild animals, and where the owner (Will Ferrell) wards off suicide by watching Top Gun on loop.

None of the businesses would survive in a more successful mall, least of all Reggie’s, which sells recycled toilet paper (as in, previously used). Tim and Eric, now self-styled marketing gurus, meet the eponymous owner and inform him that his business will soon be closing. Reggie is heartbroken (“It’s been in my family for years…”), but he desolately accepts their offer to become a janitor, because what else is he going to do? During the meeting, Tim takes a liking to Reggie’s young son, Jeffrey, and invites him to tour the mall: “I can teach you a little bit about what it’s like to be a businessman around here. What it’s like to be a real man. What it’s like to be a real successful businessman.” Within about a minute, Tim has declared himself Jeffrey’s new father, and Reggie has become “Uncle Reg.” Reggie accepts this, because what else is he going to do? The scene is scored to twinkly piano music, as if it were heartwarming.

END_OF_DOCUMENT_TOKEN_TO_BE_REPLACED

Will Sloan lives in Toronto and enjoys writing about himself in the third person. He once met Dolph Lundgren. You can follow his shenanigans @WillSloanEsq
Will Sloan's Brilliant Thoughts
Blog at WordPress.com.